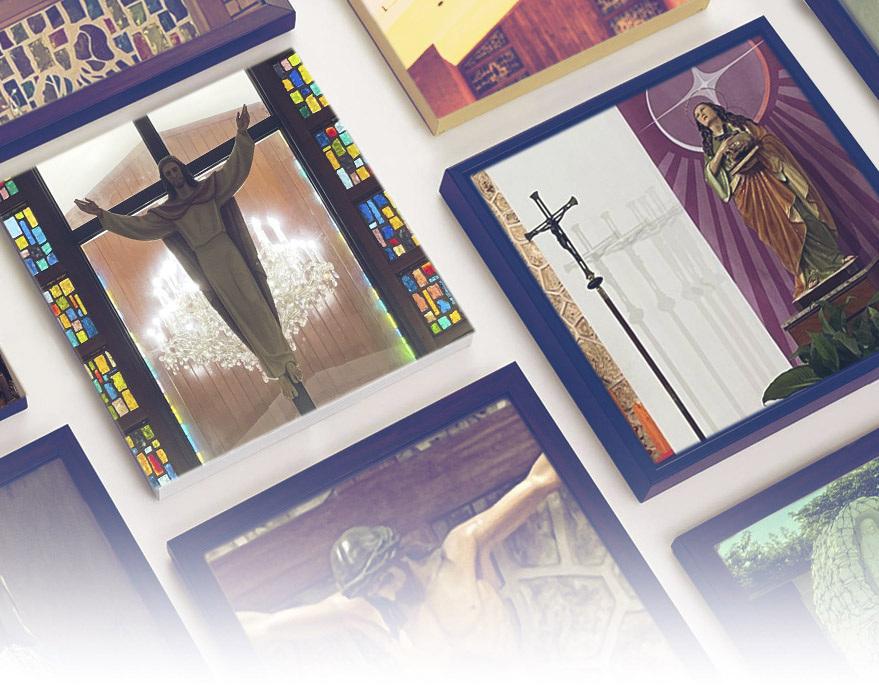 “ …Jesus said to her, “I am the resurrection and the life. The one who believes in me will live, even though they die; and whoever lives by believing in me will never die. Do you believe this?…”
Jn 11:25-26

At the death of a Christian, whose life of faith was begun in the waters of baptism and strengthened at the eucharistic table, the Church intercedes on behalf of the deceased because of its confident belief that death is not the end nor does it break the bonds forged in life. The Church also ministers to the sorrowing and consoles them in the funeral rites with the comforting word of God and the sacrament of the eucharist.

Christians celebrate the funeral rites to offer worship, praise, and thanksgiving to God for the gift of a life which has now been returned to God, the author of life and the hope of the just. The Mass, the memorial of Christ's death and resurrection, is the principal celebration of the Christian funeral.

The Catholic funeral rite is divided into several stations, or parts, each with its own purpose. For this reason, we recommend following the complete structure and making use of each station.

It is the principal rite celebrated by the Christian community in the time following death and before the Funeral Mass. It is usually celebrated in the funeral home when family and friends gather around the coffin. The Vigil ceremony is ordinarily led by a deacon or priest, who comes to the funeral home to lead a prayer service for the family and friends gathered for visitation with the body present.

At the funeral liturgy, the Church gathers with the family and friends of the deceased to give praise and thanks to God for Christ's victory over sin and death, to commend the deceased to God's tender mercy and compassion, and to seek strength in the proclamation of the Paschal Mystery. The funeral liturgy, therefore, is an act of worship, and not merely an expression of grief. The funeral mass is celebrated with:

Rite of Committal (Burial or Interment)

The Rite of Committal, the conclusion of the funeral rite, is the final act of the community of faith in caring for the body of its deceased member. It should normally be celebrated at the place of committal, that is, beside the open grave or place of interment.

In the Archdiocese of Miami, it be may be celebrated at three locations:

In committing the body to its resting place, the community expresses the hope that, with all those who have gone before us marked with the sign of faith, the deceased awaits the glory of the resurrection. The Rite of Committal is an expression of the communion that exists between the Church on earth and the Church in heaven: the deceased passes with the farewell prayers of the community of believers into the welcoming company of those who need faith no longer but see God face-to-face.

“ The Christian meaning of death is revealed in the light of the Paschal mystery of the death and resurrection of Christ in whom resides our only hope. The Christian who dies in Christ Jesus is "away from the body and at home with the Lord.”
Catechism of the Catholic Church, 1681